Recently I was talking to someone close to me who is going through some life changes and I mentioned that every few years his life seems to get reset. The girl he is with bails for whatever reason, he experiences a job change and his friends seem to fall away. All at once.

Like the legendary phoenix, he always rises from these circumstances and will get a new cast of people in his life, a new job, and usually start dating someone a little better.

So the latest time this has happened I proposed that he not just hang out with whoever is available, but take time to focus on himself. Plan out his life. Go through the pain of being lonely and depressed.

Instead of going with the flow, utilize this downtime with something that would really enrich his life.

He wanted to make an app at one point and I told him about how Treehouse could help him get the skills. He mentioned that someone at his old job said copyrights to an app were hard to enforce. Then he realized that he just referenced someone in a retail chain who probably had no idea what he was talking about.

I told him about this kid who was making apps I read about on our website. Apparently, even a 7th grader can make enough to buy a car by building apps.

Sometimes we all get stuck in a rut. You might find yourself in a dead-end relationship, not knowing what is your next step in life or working in a job where careers go to die.

I have been in all of these at some point in my life.

What you have to do is figure out a way to improve things or learn a new skill at this low point that can serve you in the future.

It is also important to take this time and plan. Dream about what your life could be. What do you want out of life? What is the thing that without it your life would not be complete? 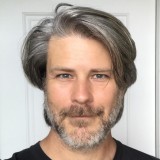 One reply on “Stuck in a rut?”

[…] year around this time I wrote a post about being stuck in a rut. Even though the person I was talking about in that post really was someone else, I was remember […]